‘Marriage is important – Reflect before you change it’ 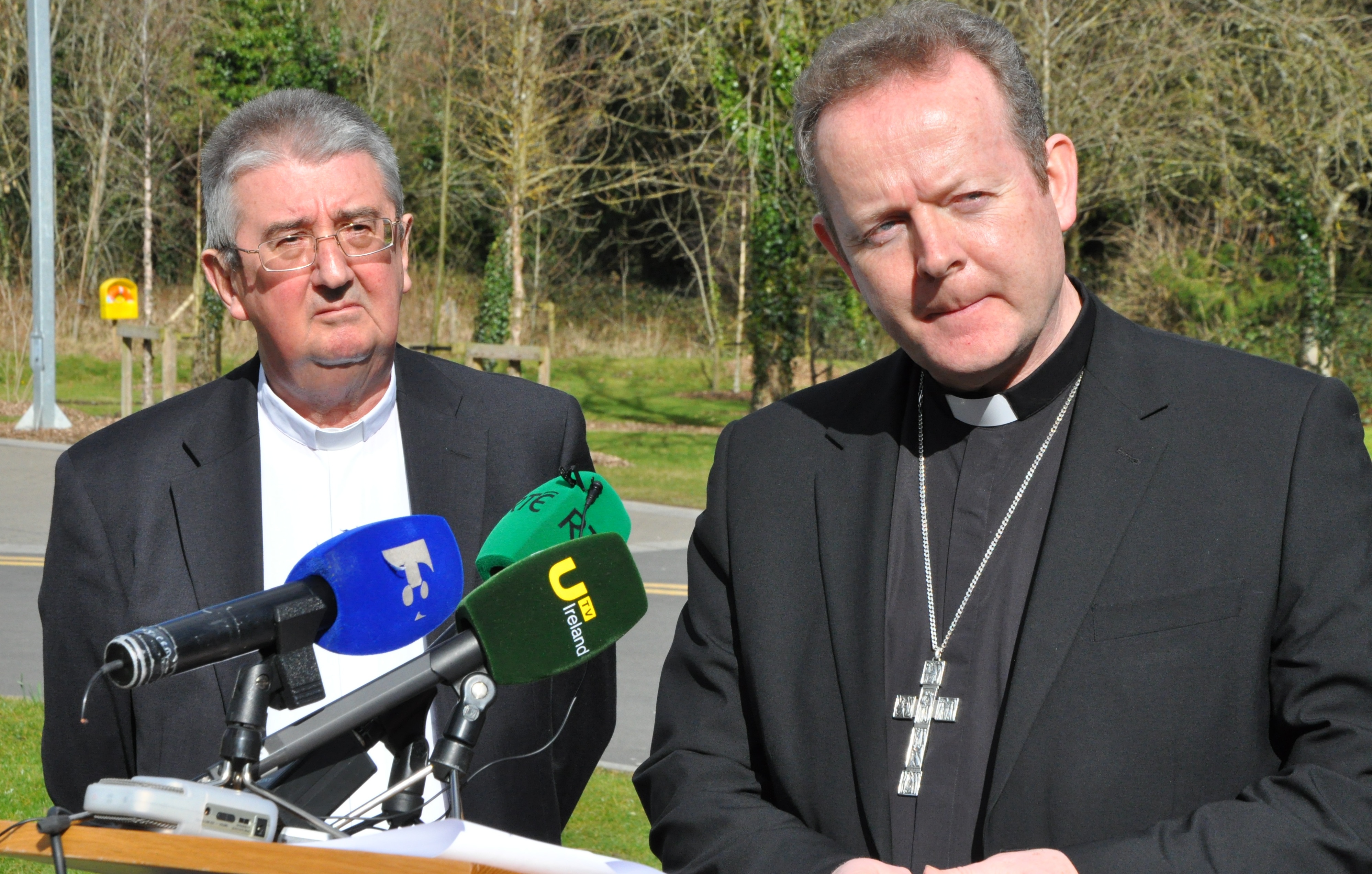 Click below for audio of statement read by Archbishop Eamon Martin in Maynooth.

Within weeks the people of Ireland will be asked to vote in a referendum that will change the meaning of marriage in the Constitution of Ireland.

Marriage is of fundamental importance for children, mothers and fathers, and society – all of us need to reflect deeply before changing it.  We ask the people of Ireland to consider very carefully the profound implications which this constitutional amendment would have on the family environment and on our understanding of parenthood.

We respect the views of people who think differently to us, trusting that our sincerely held views, grounded in faith, will also be heard and respected.

We come to this debate believing that the union of a man and a woman in marriage, open to the procreation of children, is a gift from God who created us ‘male and female’.  Reason also points to the truth about human sexuality that makes the relationship between a man and a woman unique.  Mothers and fathers bring different, yet complementary gifts and strengths into a child’s life.

We cannot support an amendment to the Constitution which redefines marriage and effectively places the union of two men, or two women, on a par with the marriage relationship between a husband and wife which is open to the procreation of children.

We are concerned that, should the amendment be passed, it will become increasingly difficult to speak any longer in public about marriage as being between a man and a woman.  What will we be expected to teach children in school about marriage?  Will those who sincerely continue to believe that marriage is between a man and a woman be forced to act against their conscience?  Can a way be found to protect the civil rights of gay people without undermining the fundamental meaning of marriage as commonly understood across cultures, faiths and down the ages?

Already, in The Children and Family Relationships Bill, it is proposed to remove mention of mothers and fathers from a whole raft of previous legislation.

We encourage everyone to think about these issues and to vote on May 22nd.  The effects of this proposed amendment will be far-reaching for this and for future generations.  We say to all voters: Marriage is important – Reflect before you change it.

We invite people of faith to bring this decision to prayer.  In the coming weeks, and particularly in May, the month of Mary, we call for prayer for Marriage and the Family.

Download a JPEG image file of this statement (see below) 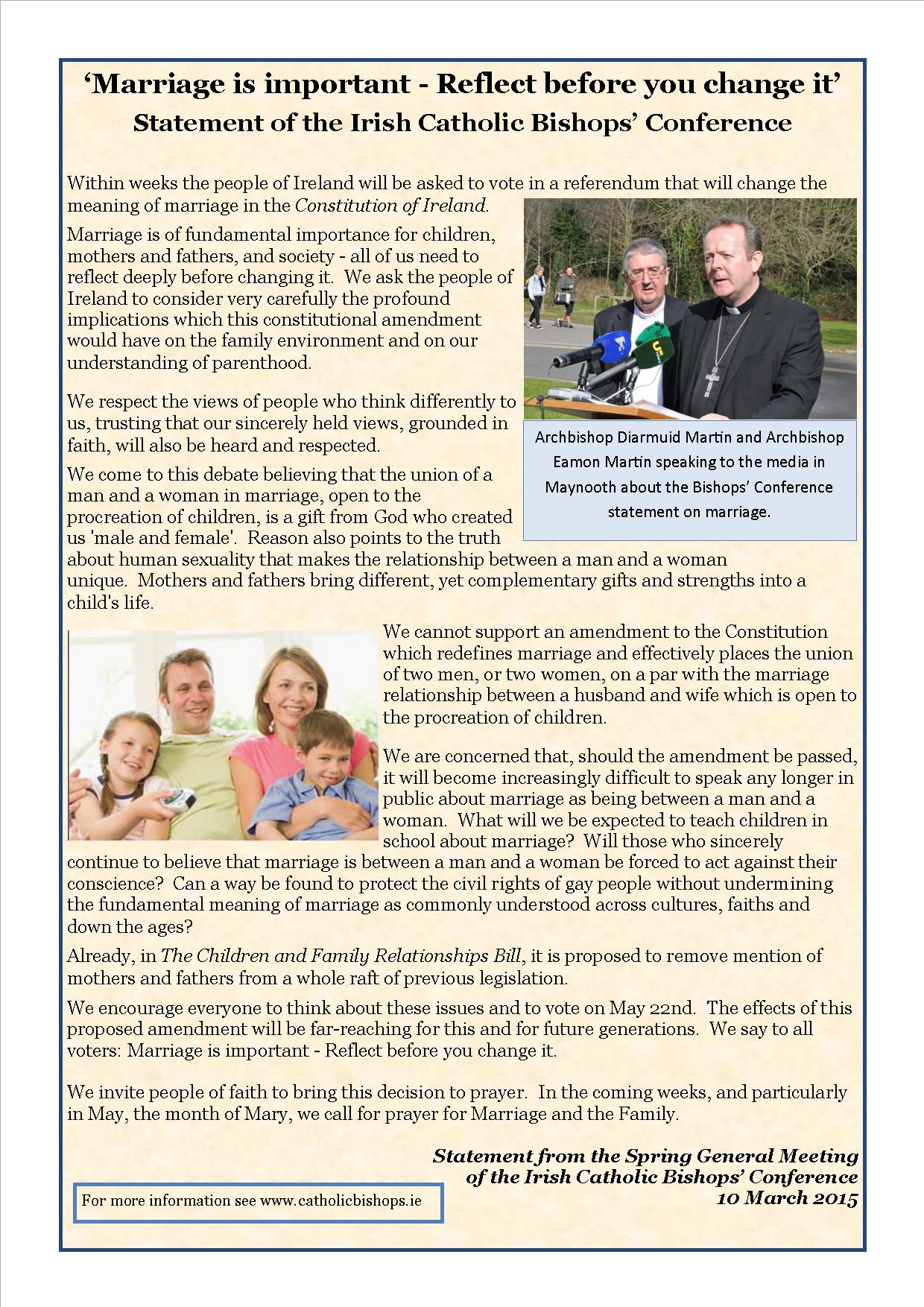